It was a Thursday morning. I woke to the unfamiliar sights, sounds and smells of another hotel room in another part of the country; Peterborough to be precise. A few weeks ago, my wonderful sister-in-law Sarah had startled us with the fantastic news that a group of 11 to 13 year olds at a big Christian conference, Faith Camp, would be raising money to help send us on our way to Uganda through the sales of t-shirts. Would we like to come and speak about what we would be doing?

Of course! We replied eagerly. After all, Dave was thirteen himself when this dream of MAF first took root in his mind, ready to bear fruit eighteen years later as we prepare for our departure. 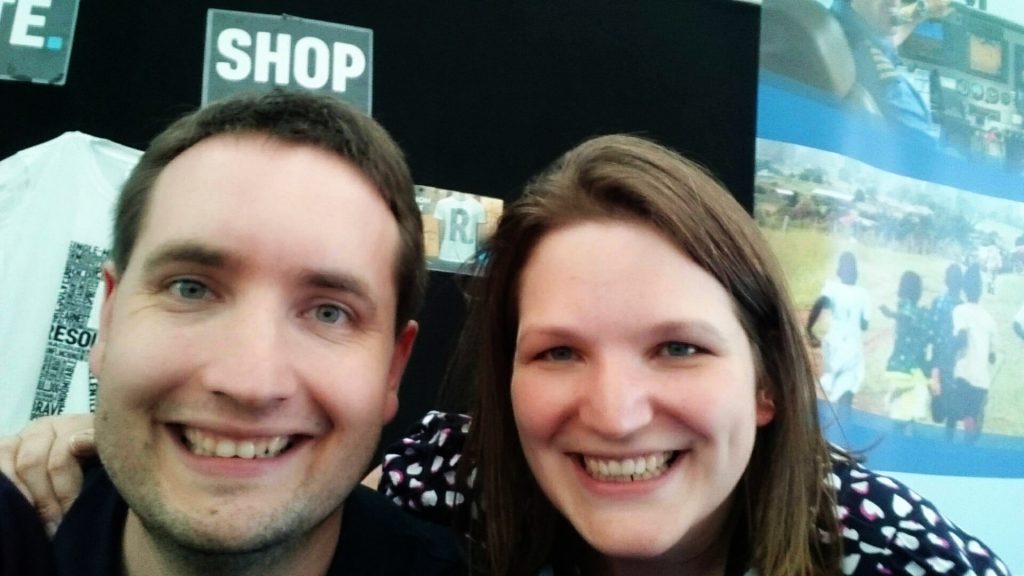 For years now I’ve had the privilege of speaking in front of groups of adults in a variety of different settings, but the butterflies were flying energetically as I stepped to the front of the stage before a wholly different audience. In front of us were 150-plus young people, their eyes eager, their attention unwavering as we started to speak about the God-given call on our lives, and the work we will be doing with MAF.

Not only had these incredible young people been buying t-shirts with profits going to our cause, but some had even taken the initiative to coerce other Faith Campers into parting with their hard-earned change to put toward our fund. I was blown away by the generosity of the attendees, but even more by how resolute those aptly named kids were. No one asked them to go above and beyond, but they took the chance and, with unwavering determination, made as much money as they could.

They are an inspiration to me. I hope to be as resolute as I step into this new adventure, never doubting the call of God on my life and being purposeful and determined in every task to which I put my hand. It was truly an honour to stand side by side with the Resolute group, worshipping wholeheartedly with them and the dedicated team determined to make their week wonderful.