Technically it was our second Christmas in the country of Uganda, but we were so recently arrived before the first one that the memory seems slightly hazy. Our possessions, Christmas tree and decorations included, were still in transit at that point, and we were without many of our home comforts.

This Christmas was different. Now we’d been in country long enough to host guests, and to drive them confidently around Kampala’s streets without getting lost and with many an explanation as to our lives here. We welcomed Dave’s parents, sister and brother-in-law for a stay in this beautiful country, and enjoyed a Christmas time that was both familiar and different. 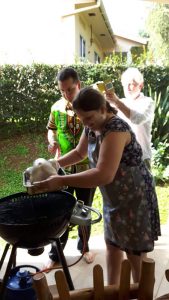 Familiarity was there in the form of a turkey dinner for Christmas lunch, only this time it was cooked on the BBQ and not in the oven. We even managed to find a box of stuffing to make the meal feel really homely. Christmas crackers and awkward jokes completed the scene, illuminated by the lights on our Christmas tree.

Less familiar was an afternoon swim in an outside pool, warmed only by the sun. There’s something particularly peculiar about hearing Christmas music playing when it’s approaching 30 degrees outside.

Boxing Day would typically herald the eating of many turkey sandwiches and a chilled day of games or other relaxation, but at the end of this Christmas day we threw any leftovers into the freezer and set our alarms for 5am. The driver for our three-day safari was collecting us at 6am, ready for the six-hour drive north into Uganda to reach Murchison Falls, the nation’s biggest national park.

It was a long and dusty drive, giving us a glance into the more rural scenes found outside of Kampala, and as we drew closer to the park and entered through its gates, we started to see more wildlife. We were warned to keep our windows shut when parked to keep out the baboons, and we soon saw a troop scampering across the road in front of us. As we waited to cross a ferry granting us access to where the larger animals roam, we saw elephants awaiting us across the water, and a warthog foraging happily. Bright coloured lizards and birds kept us entertained as we waited for the boat, but soon enough we were crossing the River Nile and on our way to our lovely hotel. 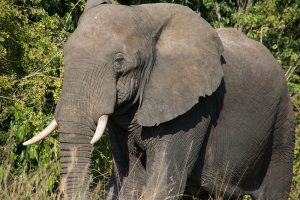 That afternoon saw our first game drive, and an instant appearance by an elephant looking somewhat angered at our interrupting his stroll. We drove on into the park, and were rewarded with numerous sights of giraffes, antelope of various species, elephants and even a pair of hippos walking across the land as the sun started to set. Apparently that’s the only time they’ll get out of the water to walk. Above us the stars winked out, and as we watched through the open roof of our truck, we saw numerous shooting stars streaking through the darkness.

A second early start heralded our second game drive, and though the lions of the park were elusive, we saw several incredible sights. Driving through the midst of a field of antelope stretching as far as the eye could see was spectacular, and a family of elephants trotting across the road, babies in tow, was a wonderful final show.

There are many specifics I won’t remember from our two game drives, but some impressions will remain with me to the end of my days. The sheer endless plains of Africa stretching before you in every direction. The sun casting its rays through the trees as birds awoke to a new day. The magnificence and variety of creation. 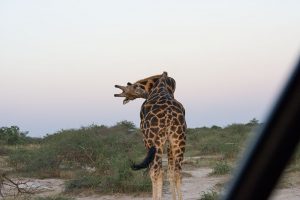 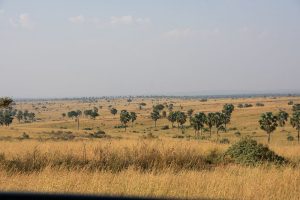 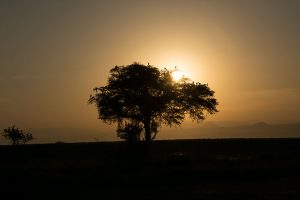 Our trip wasn’t over with our second game drive. After a stop back at the hotel for some lunch and a swim, we made our way to a boat for a trip up the river to see the park’s namesake, Murchison Falls. At this point on the River Nile, all of the water is compressed to spurt through a gap only seven metres in width. The force of the water rushing through is indescribable.

On our way to see the sight we saw more hippos than we could count on all of our fingers and toes, several Nile crocodiles, and beautiful kingfishers who dove around us, showing off their fishing prowess.

We drew close to the falls and departed the boat, taking a hike to the top of the falls. The humidity was a killer, and we were all happy to be doused by the waterfall’s spray to mask the sweat soaking us as we reached the top. It was worth it though, to see at close hand the Devil’s Cauldron – a spot where the water breaks through a gap in the rocks with such incredible force. 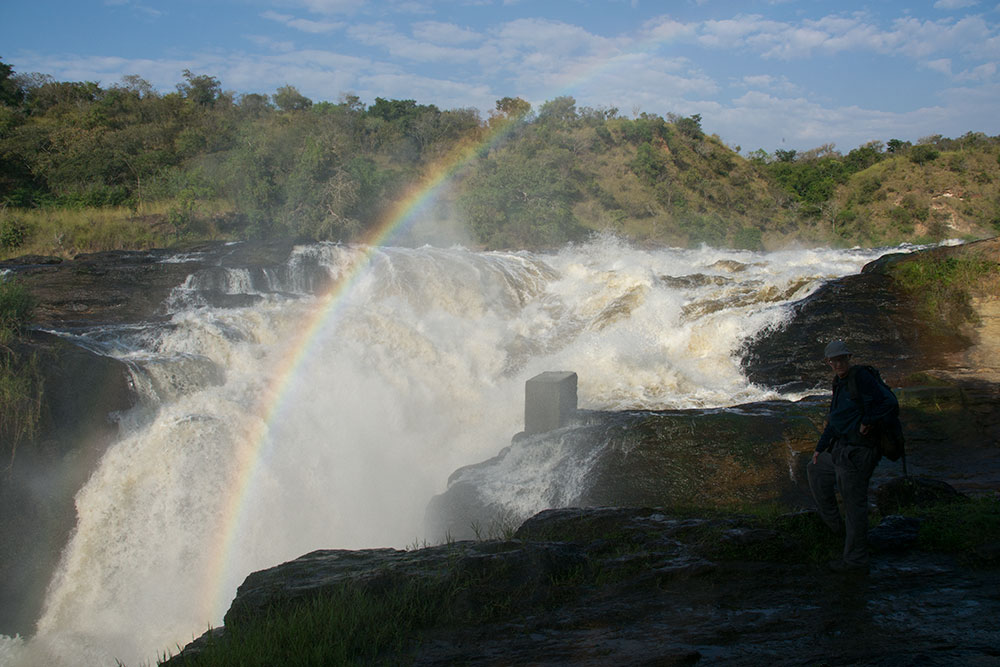 A final swim and a last night at the hotel refreshed us ready for the long drive back to Kampala. It grew busier and busier the closer we drew to that hub of life, and we were all relieved to reach home and the green oasis that is our compound here.

It’s fair to say it was a Christmas holiday unlike any I’ve ever experienced.